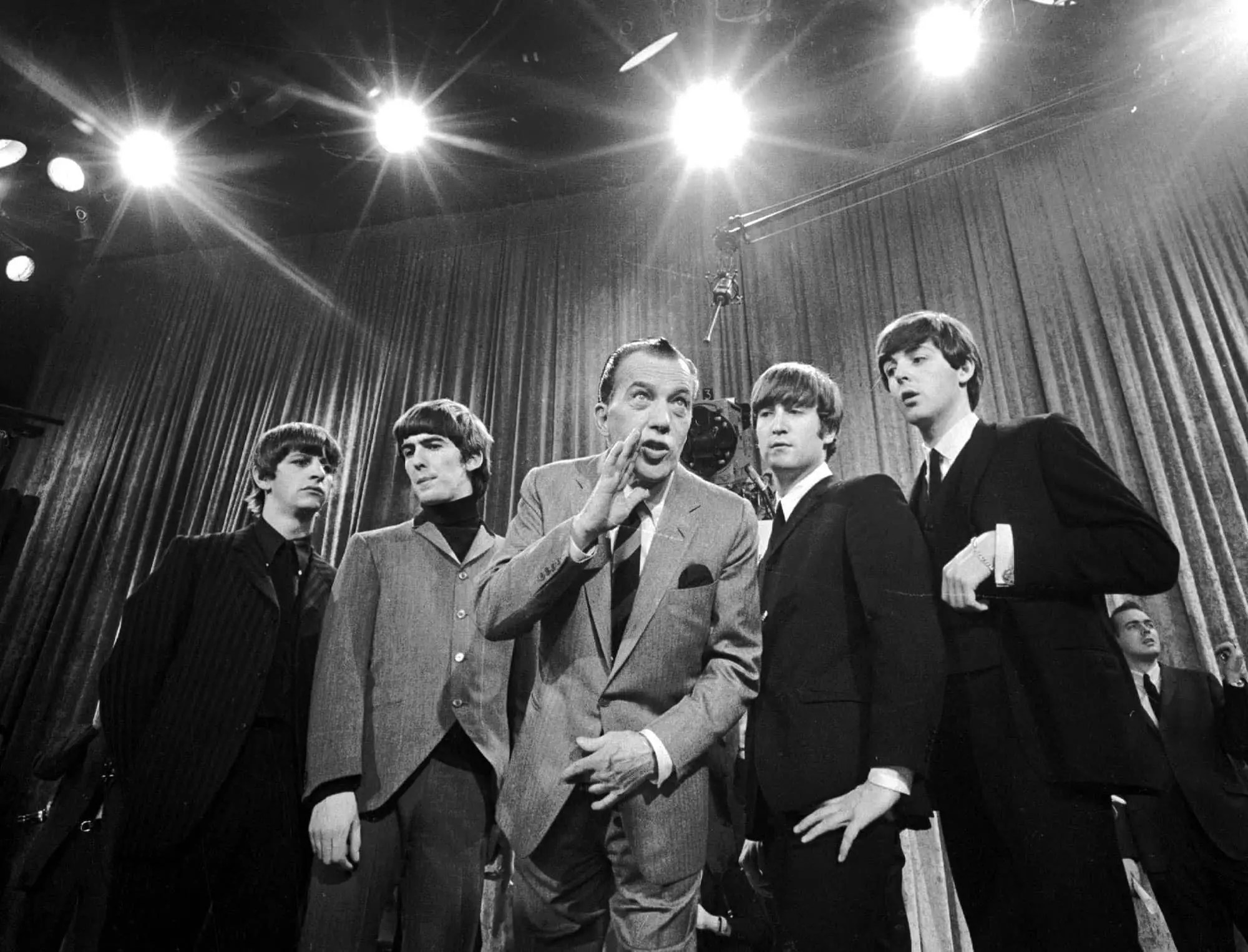 Digby has invited me to share my memories and thoughts about the Beatles performing on the Ed Sullivan Show 50 years ago today (CBS is airing a 2 hour tribute special tonight-Paul and Ringo are doing a couple numbers!). Truth be told, that “memory” is a little fuzzy, for a couple of reasons. On February 9, 1964, I was all of 7 years old; a tad on the young side to fully grok the hormonal/cultural impact of this “screaming ‘yeah-yeah’ music” (as my dad would come to define any rock’n’roll he might overhear wafting from my room throughout my formative years).

Also, I was living in Fairbanks, Alaska. At the time, none of the local TV stations were equipped to carry live network feeds. We would get Walter Cronkite a day late (the tapes had to be shipped from Seattle via commercial jet flights). And weekly programs like Sullivan were, well, one week late. So technically I “remember” watching the Beatles 50 years ago… next Sunday.

My true “discovery” of the Beatles occurred soon after I turned 11, during the summer of 1967, when my best pal George (who was 2 years my senior) practically browbeat me into blowing a month’s worth of allowance to pick up a copy of Sgt. Pepper’s, assuring me that it would change my life. He was right. Sgt. Pepper turned out to be my gateway drug to all the music (from psychedelic and garage to metal and prog and punk and new wave and everything in between) that has become a crucial element of my life to this day.

I’ve done a few posts in the past about the Beatles on film, and figured I had covered most angles. But the funny thing about Beatles-related movies and documentaries is that, like the band’s legacy itself, it’s a gift that seems to keep on giving. Just when you think you’ve learned everything there is to know, there’s Something New (hey…that would make a cool album title). A few weeks ago, I was perusing the bins of a music and video store here in Seattle, and stumbled upon a straight-to-DVD documentary from the UK with an intriguing (if unwieldy) title called Going Underground: Paul McCartney, The Beatles and the UK counter-culture.

Focusing on a specific period of London’s underground scene, it connects the dots between the American Beats (Ginsberg, Kerouac & co.), the social, sexual and aesthetic sea change in the UK during the early to mid-60s, and analyzes its subsequent influence on the Beatles (one word: acid). As one interviewee observes, “They were probably the most avant-garde group in Britain, but also the most commercial.” Actually the Beatles don’t enter the narrative until about halfway through, but it’s still an absorbing watch.

I’ll leave you with one of my favorite Beatle songs/clips (and a perfect example of that avant-garde/commercial dichotomy). BTW this is also the song I always play for those wizards who claim that Ringo was only a so-so drummer…listen to that mother go!