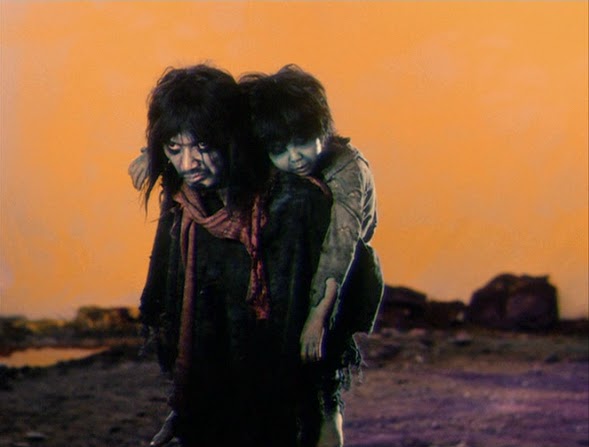 Previously unavailable on Region 1, this 1970 film by Akira Kurosawa rarely gets mentioned in the same breath as The Seven Samurai; nonetheless, it stands out as one of the great director’s most unique efforts.  This was the first film Kurosawa shot in color (27 years into his career, no less)-and it shows; the screen explodes with every imaginable hue you could create from a painter’s palette.

Perversely, the subject matter within this episodic tale of life in a Tokyo slum (mental illness, domestic violence, rape, alcoholism, starvation, etc.) is as dark and bleak as its visuals are bright and colorful. It’s a challenging watch; but the film slowly and deliberately sneaks up on you with its compassion and humanity, packing a real (if hard-won) emotional wallop by the devastating denouement. Criterion’s DVD features a lovely transfer and some nice extras.