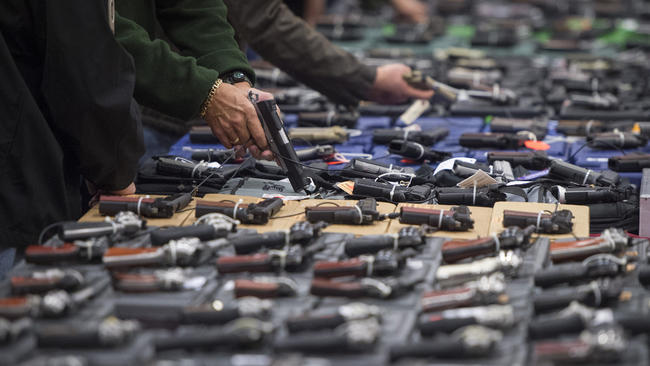 The sale has been plagued by fake bidders including “Racist McShootface”.

George Zimmerman, who shot and killed the teenager, had planned to auction what he called “an American icon” on the website Gun Broker on Thursday.

In a statement on Twitter they defended the sale of the gun on their site. They were “truly sorry” for the Martin family’s loss but said it was their goal to “defend liberty”.

“Unless the law has been violated, it is the intention of the United Gun Group to allow its members to use any of the available features. While not always popular this is where we stand.”