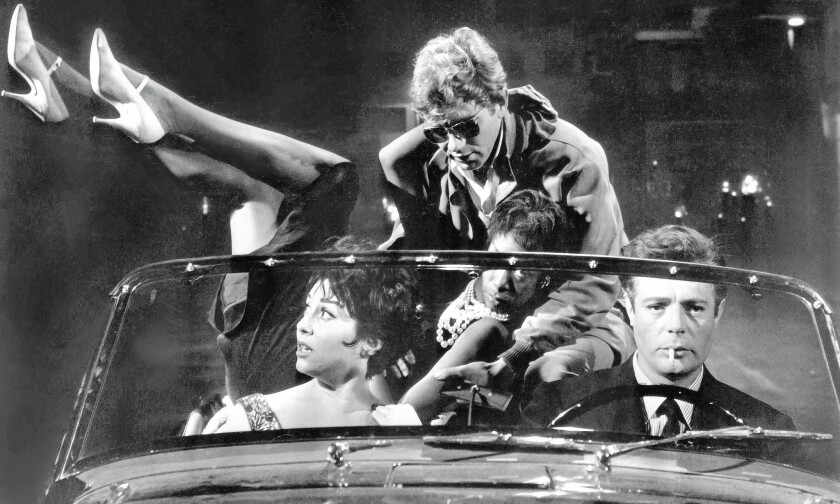 With such a rich oeuvre to cull from, it’s a bit of a head-scratcher that it’s taken this long for someone to curate a decent Federico Fellini collection. That said, Criterion’s 2020 box set proves worth the wait. Predicated on the 100th  anniversary of Fellini’s birth, the collection cherry picks 14 of the “essentials” from his catalog, from obvious choices like La Strada, Nights of Cabiria, La Dolce Vita, 8½, Amarcord and Juliet of the Spirits to previously harder to find early works like Variety Lights and The White Sheik. All the films have been newly restored.

As the set was released only several days ago, I haven’t had a chance to make a huge dent but the two films I have watched are impeccably restored (I started with 1950’s Variety Lights because I’d never seen it, and decided to feast on my favorite Fellini Amarcord on Thanksgiving…wow. Now that is one film the 4K restoration process was made for!).

Extras. Where do I start? Two feature documentaries…Fellini: I’m a Born Liar (great doc) and I’m looking forward to Marcello Mastroianni: I Remember (3 hours!). Also included is a restored version of the curio Toby Dammit. Starring Terrance Stamp, the 40-minute film was Fellini’s contribution to the 1968 horror omnibus/Edgar Allan Poe triptych Spirits of the Dead (Roger Vadim and Louis Malle directed the other two segments). There are numerous commentary tracks, TV interview segments, and more.

There are two books, one is a guide to the films and the other contains essays. It’s all housed in a sturdy album-sized box, with the discs secured in “coin collector” style pockets (similar to Criterion’s lovely Bergman box set released back in 2018).