“The most difficult thing to get people to do is to accept the obvious.”

Man, did Dick Gregory pick a bad weekend to go. With the passing of Jerry Lewis and eclipse mania building to a fever pitch, his death in Washington D.C. this past Saturday earned him but a few perfunctory thirty second obits on network and cable newscasts.

Truth be told, Gregory was not so much a “comedian” who went out of his way to make you laugh as he was a righteous, erudite truth teller, who also happened to be very funny.  He was a trickster of a sort;  he would lower your guard with a perfect zinger, then seconds later he would raise your consciousness with a sharp social insight.

“Last time I was down South I walked into this restaurant, and this white waitress came up to me and said, ‘We don’t serve colored people here.’  I said: ‘that’s all right, I don’t eat colored people. Bring me a whole fried chicken.’ “

When it came to his political activism, he didn’t just talk the talk:

[From The Los Angeles Times]

An invitation from civil rights leader Medgar Evers to speak at voter registration rallies in Jackson, Miss., in 1962 launched Gregory into what he called “the civil rights fight.”

He was frequently arrested for his activities in the ’60s, and once spent five days in jail in Birmingham, Ala. after joining demonstrators in 1963 at the request of the Rev. Martin Luther King Jr.

Gregory, who was shot in the leg while trying to help defuse the Watts riots in 1965, made a failed run for mayor of Chicago as a write-in candidate in 1967. A year later, he ran for president as a write-in candidate for the Freedom and Peace Party, a splinter group of the Peace and Freedom Party. Hunter S. Thompson was one of his most vocal supporters.

In the late ’60s, he began going on 40-day fasts to protest the Vietnam War.

In 1980, impatient with President Carter’s handling of the Iranian hostage crisis, he flew to Iran and began a fast, had a “ceremonial visit” with revolutionary leader Ayatollah Ruhollah Khomeini and met with the revolutionary students inside the embassy. After four and a half months in Iran, his weight down to 106 pounds, he returned home.

Not exactly your everday “ha-ha funny” type of clown, was he? 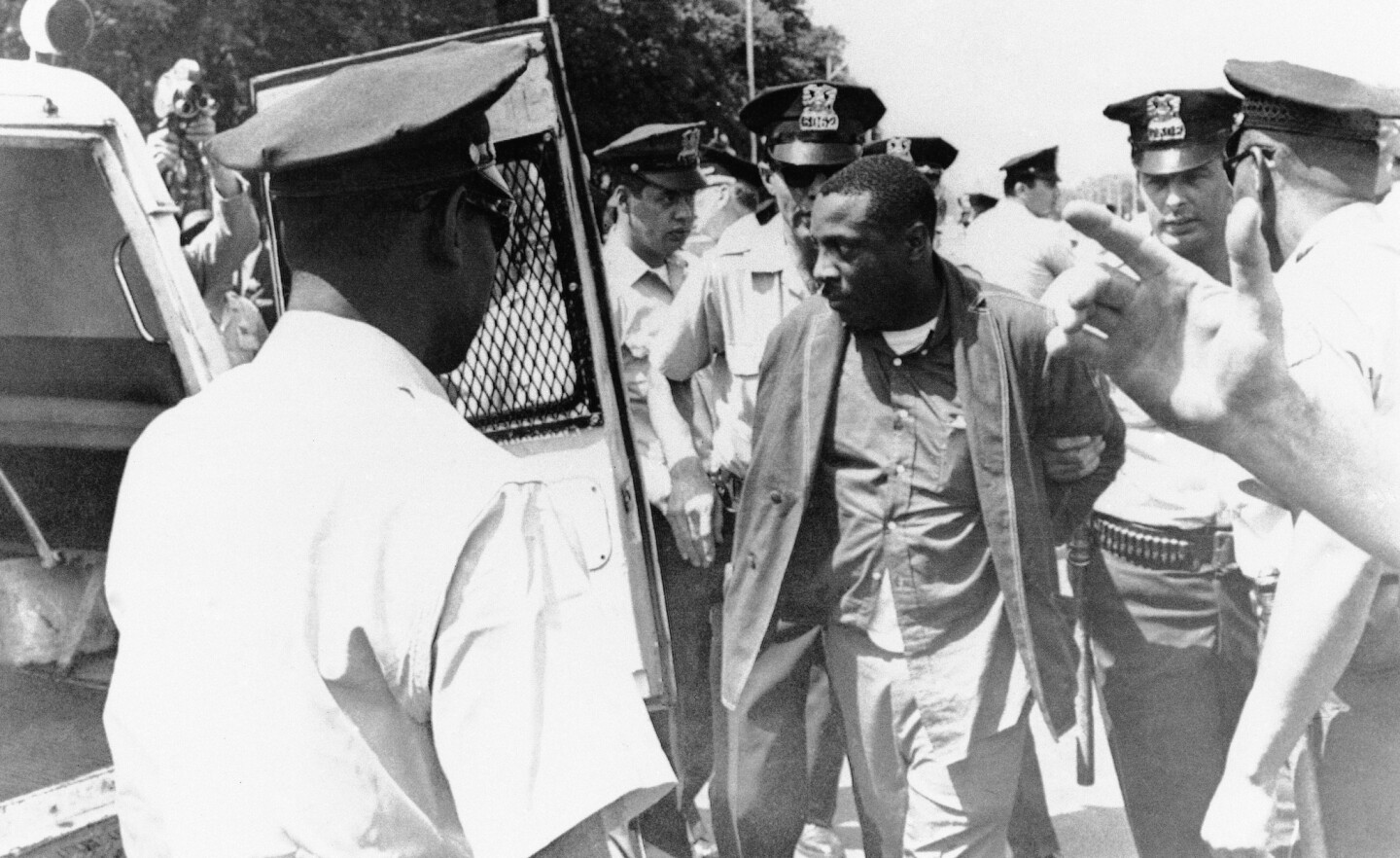 Gregory became one of the most popular comedians in the country, paving the way for generations of African-American comedians. On Sunday Chris Rock wrote on Instagram, “We lost a king. They’ll never be another. Read his books. Look him up you won’t be disappointed. Unfortunately the America that produced Dick Gregory still exists.” Dick Gregory was the first African-American comedian to sit on the couch of The Tonight Show, then hosted by Jack Parr. As his popularity grew, so did his activism.

More recently, his face appeared in newspapers across the country for his community action to — approach to investigate allegations behind the CIA’s connection with drugs in the African American community. He camped out in dealer-ridden public parks and rallied community leaders to shut down head shops. He protested at CIA headquarters and was arrested. Throughout his life, Dick Gregory has been a target of FBI and police surveillance. And he was virtually banned from the entertainment arena for his political activism.

The last sentence above  explains in part (sadly) why, despite his long career, you’ll find virtually no Dick Gregory performance clips on YouTube. That’s because he has essentially been blacklisted for years; there are very few archived TV or club appearances that exist.

Here’s a little taste of his early standup days:

Here’s a rare latter-day television appearance, on Arsenio in 2014:

There’s a lot of truth-telling going on in that interview. Interesting to note that Arsenio Hall’s “revival” run (that started in 2013)  was cancelled soon after (file under “Things That Make You Go: ‘Hmm.'”)

“To me, seeing a great comedian is a bit like watching a musician or a poet.”